Couch racing in the name of youth homelessness 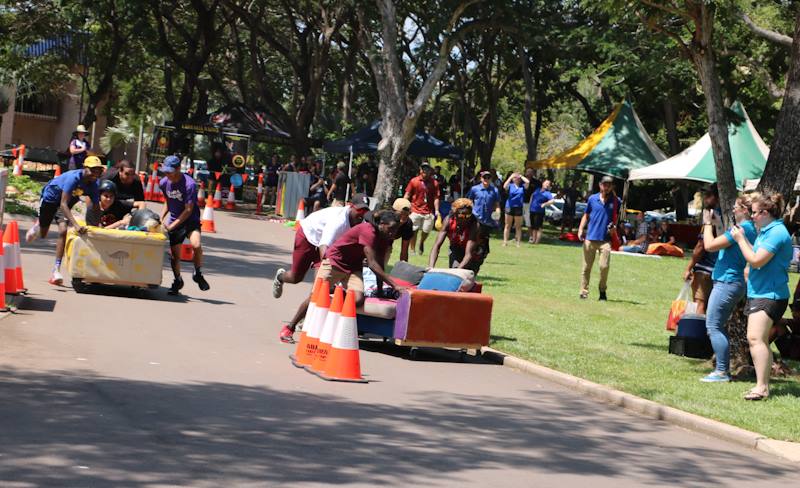 Today CREATE’s Northern Territory team participated in Darwin’s annual Couch Surfing Races. Hosted by Anglicare NT and the City of Darwin, the Couch Surfing Races sees teams pitted against each other as they race hand-painted couches at Darwin’s Civic Park. Yet this event is more than just a fun day out, it’s a way to call attention to the 28,000 Australians under the age of 25 who experience homelessness on any given night. 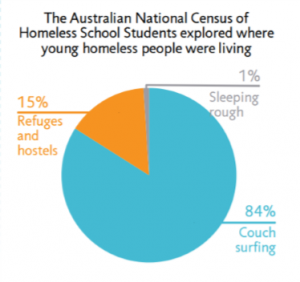 The link between homelessness and those transitioning out of state care cannot be ignored. CREATE has found that almost 35% of young people experience homelessness within a year of leaving care. This may be an underestimate though, as other studies have found that 63% of the homeless young people in their study had spent time in the out-of-home care system.

Youth homelessness and the out-of-home care system in Australia 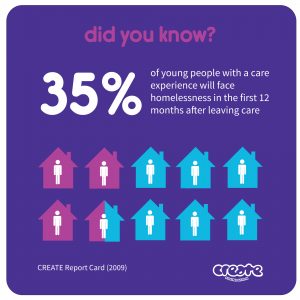 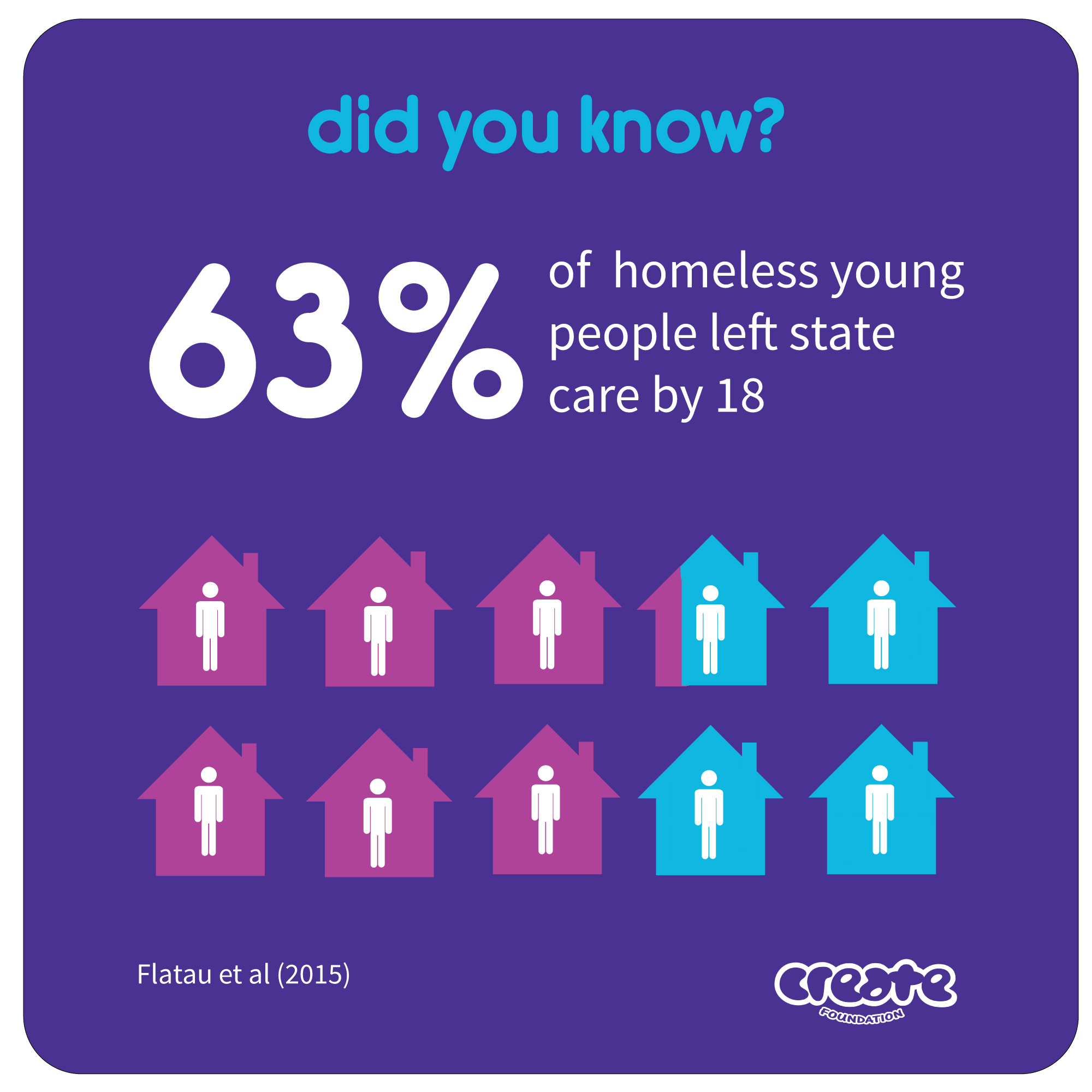 Support from the state often ends abruptly when young people turn 18, and these young people can find themselves without a placement and unsure of where to turn. Not only are these young people at higher risk of homelessness, but also are at increased risk of unemployment, lower education attainment, mental health concerns, becoming a parent at an early age, youth justice involvement, and substance abuse issues. This myriad of vulnerability can make it hard for a young person to maintain stable accommodation, especially if they have not had the support to develop the life skills necessary to live independently. Significant risk factors for homelessness have been identified as attributed with a lack of affordable housing, a lack of public housing, poor transition planning from out-of-home care, unemployment, and failed attempts to reunify with family. 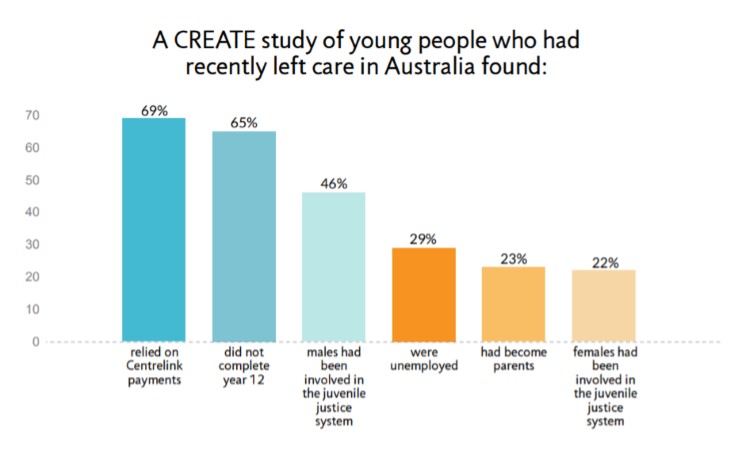 “Leaving care is a very anxious time for young people. Young people need to have all the help they can get. There are many gaps in services. Caseworkers appear not to help as much as they can. Services need to be improved and support should be increased” (Female, 18)

What do we do now?

CREATE has long been advocating for extending out-of-home care support services beyond the age of 18. It’s estimated that each year 700 young people leave state care at 18, with 50% of these care leavers ending up homeless, unemployed, in jail, or becoming a new parent within a year. Recently there has been some effort from state departments to improve outcomes for young people leaving care. In some states this includes trials of extending the leaving care age. Support services need to be extended to 21 across all states and territories, and needs to be available to all young people transitioning from out-of-home care, not just a select few included in a trial. Extending care supports to 21 is expected to halve the percentage of young people who become homeless after leaving care from 39% to 19.5%.

“They don’t really make sure you are comfortable before you leave; they just give you a date and that’s that. Even if you aren’t ready to leave, you had to and this was hard.” (Female, 18)

I emailed her [caseworker] and the team leader multiple times about my leaving care plan. I have not gotten any response yet, my caseworker told me my case isn’t a priority. I am turning 18 this year in 9 months and I strongly feel like nothing is happening. (Female, 17 years)

Later this year CREATE is set to release our Transitioning from Out-of-Home Care to Interdependence in Australia Report, which will provide an in-depth analysis of young people who have transitioned from care.

If you’re a young person aged 15 or older who wants to prepare to transition from out-of-home care, visit CREATE’s website to find resources on transitioning from care, including out Go Your Own Way Kit, CREATE Your Future program, or the SORTLI app. If you’re a young person experiencing homelessness and require assistance, please visit Homelessness Australia’s website for a list of services available in your state or territory.