Get the latest on CREATE news, information and events
This iframe contains the logic required to handle Ajax powered Gravity Forms. 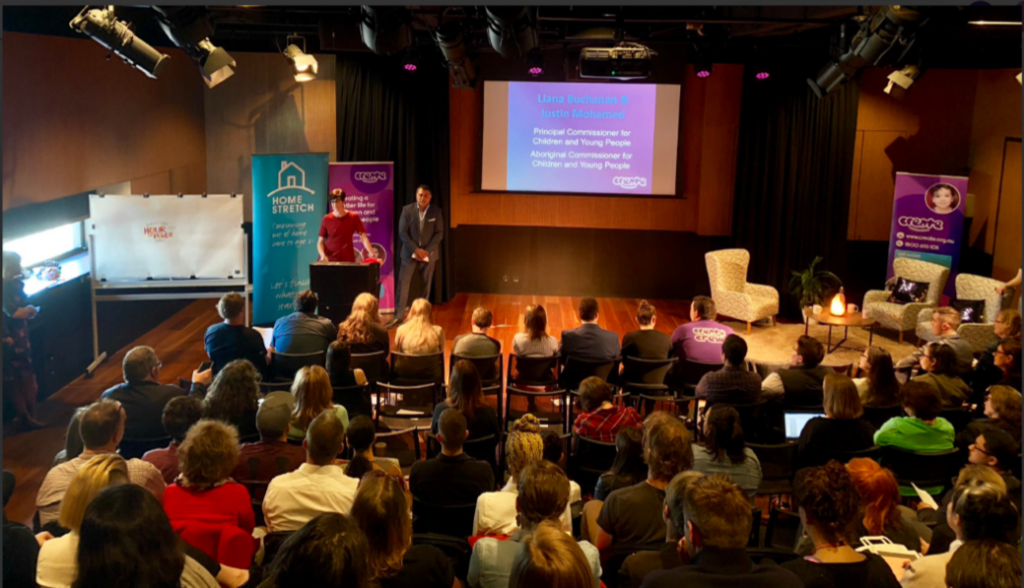 It can be difficult for adults to see young people as experts, but when it comes to the care system CREATE Young Consultants are just that. A CREATE Young Consultant (YC) is a young person with a care experience aged 14-25 who undertakes CREATE’s Speak Up training. They have a lived experience of being in the care system so they understand what works and what needs to be improved. Young people have a right to not only be heard, but to be instrumental in creating systemic change. This is why CREATE is so passionate about our Victorian Hour of Power (HOP) events. HOPs give young people with a care experience a platform to ask questions and tell their stories directly to a panel of those with the power to change the care system.

On October 11, CREATE Victoria held a HOP for the upcoming Victorian election. For this HOP our YCs focused on topics that they believed to be of significance in this election. These topics were mental health, communication in the sector, ensuring all young people have access to support regardless of placement type (equal care), interstate care, extending care, and youth justice.

Our Panel of Politicians 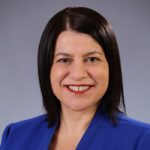 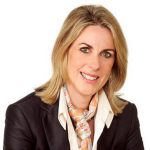 Georgie Crozier- Shadow Minister for Children and Families and Children, for Housing and for the Prevention of Family Violence 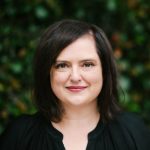 In June, the Victorian Opposition leader announced a plan to trial the Home Stretch campaign by extending support for young people leaving care for a pilot group of 75 young people each year for two years. In September, Victoria’s Labor government announced their own plan to extend the leaving care age to 21 through an $11.6 million commitment that would see leaving care support extended for 50 young people per year for a period of five years. While these moves are a good step, our YCs had questions as to why extended support was not available to everybody in care.

It doesn’t capture everybody… but we need to make sure we get it right – Georgie Crozier, MP

I want to expand the trials we’ve been doing and if successful, scale them up – Jenny Mikakos, MP

When asked about her greatest achievements as Minister in relation to the care system, Jenny Mikakos explained that it was ensuring young people are included in decision making processes, noting that the voices and experiences of those young people helped change the reforms put in place by the Victorian Government.

One of the first things I did was have a round table with young people with a care experience and that was an eye opener – Jenny Mikakos, MP

Nina Springle, MP, indicated that while the increased investment in the sector was welcome, it also wasn’t enough. When asked about extending the leaving care age, she noted the importance of extending the support for care leavers beyond 21.

Increasing supports for young people up to 25 is vital – Nina Springle, MP 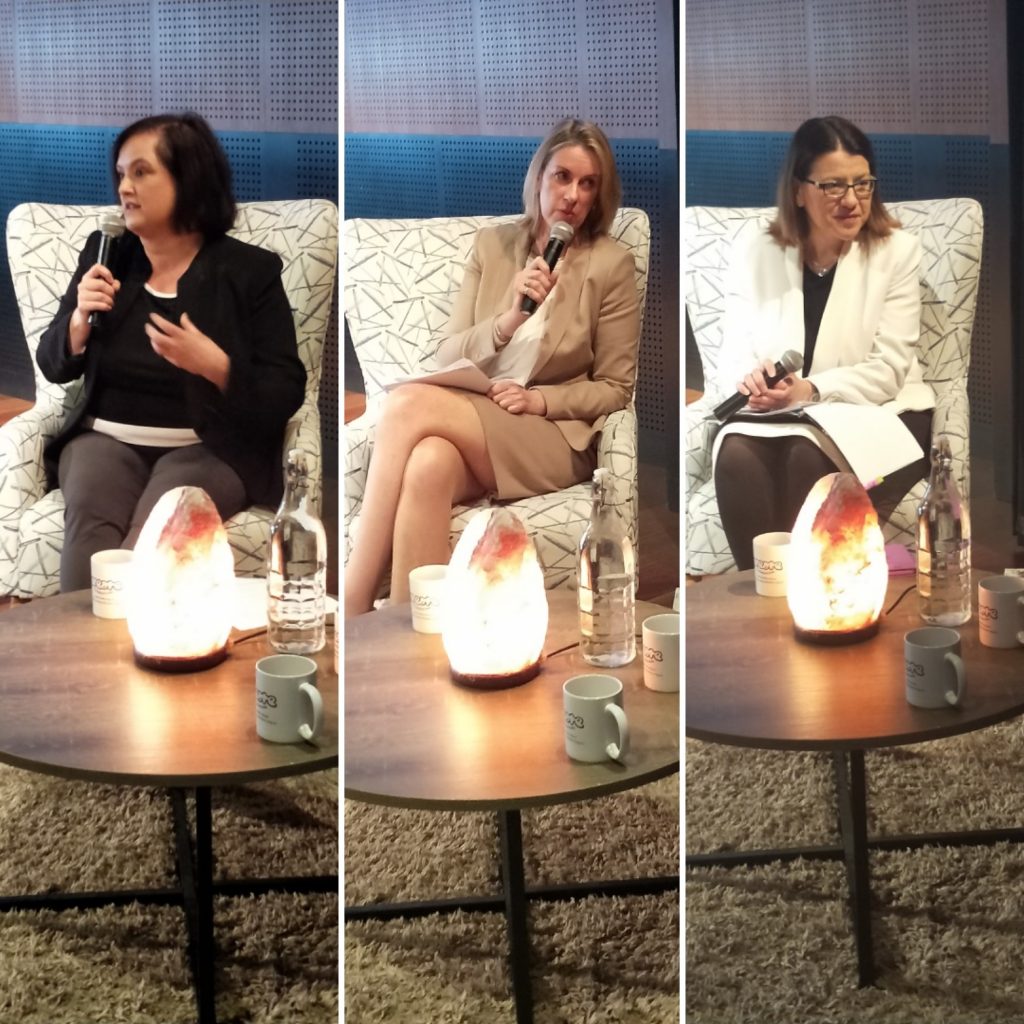 The HOP isn’t just a forum to ask questions. It’s about listening to the experiences of those with a care experience, so we understand why those questions are being asked in the first place. Our YCs shared powerful stories about their experiences in care, demonstrating how the care system needs to change for our young people to thrive.

Here is a snapshot of what CREATE YCs said:

I waited a long time to get mental health support, and in the meantime my mental health became much worse… I learned that it is only if I was in crisis that I would be able to access help. Only if I said that I was suicidal would the mental health services do much to help – Ella

…we really need support when we are doing well, so that we don’t reach crisis point as readily – Victor

Communication in the sector

Our YCs talked about how difficult the care system’s communication channels can be to navigate, and how the lack of clarity regarding rules, like whether those under 18 in care could have their photo shared, impacts them.

Young people want the choice to be seen. Without a clear answer as to why they can’t have their photo shared, young people in care are being excluded from celebrating achievements.

I have covered my face to have photos taken. The impact on me of this is that I don’t get my bragging rights and I don’t get to be proud of my identity. I also don’t get to participate when I step aside when photos are taken to tell the person taking the picture that I don’t know if I can be included, because I’m in care – Cat

I know that my sister felt unsafe and unhappy in her placement and had no avenue to express this. I also know that she did not have basic needs met. The impact of this is still felt today and will continue to impact on my sister psychologically into her adulthood – Charlotte

When YC Aaron moved interstate for a fresh start, he found that he was unable to access support services offered to other care leavers in Victoria.

The problem is that if you had been in care in another state and move to Victoria, you are not eligible for the support that other care leavers get. The state you left won’t support you, as you are not living there, and the new state won’t recognise it has any responsibility to you – Aaron

For many young Australians turning 18 is a reason to celebrate. For many it means leaving high school, reaching adulthood, and getting more freedom. For those in care, turning 18 can be worrying, as this is when they’re no longer in state care and no longer eligible for many support services. For those in care, turning 18 can mean homelessness if the young people cannot quickly find affordable and stable accommodation, or a means of supporting themselves. YC Ash explained her leaving care experience, and the “once you’re out, you’re out” attitude that leaves young people without a safety net after leaving care.

I honestly would not want the job of deciding which young people are able to have the opportunity to extend their care each year, among many who won’t. How do you decide that one young person’s future matters more than others? – Ash

I am still in care and I have found that no questions are asked about why I do things, however the adults in my life are quick to tell me not to do it and focus on what I have done wrong… I feel like I am a case number who has a lot of tasks that need to have done – YC

Often resi [residential] staff increased our perception around the police as they would use it as a behavioural management strategy eg. “if you do not behave, we will have to call the cops”. I would have a fight/flight response and take off. I was then in a dangerous position being on the street, and I would be heightened because I would be expecting the police to come after me – YC

For more information on CREATE’s campaign to combat stigma about children and young people in out-of-home care head here. 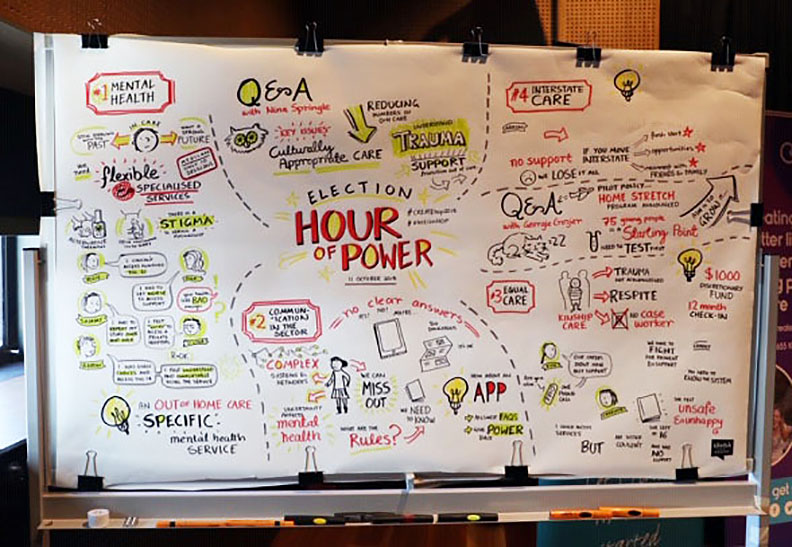 Hearing the voices of young people is vital, but without action, it’s not enough. Our YCs developed some recommendations to make the out-of-home care system in Victoria a place where young people can thrive.

Deb Tsorbaris from the Centre for Excellence in Child and Family Welfare said it best when she said, “maybe we give up too soon. We don’t fight hard enough. We need to be in your corner more”. We need to remember the difference young people’s voices can make, and keep pushing for change.

The commitment I made recently is off the back of the advocacy of people in this room – Jenny Mikakos, MP 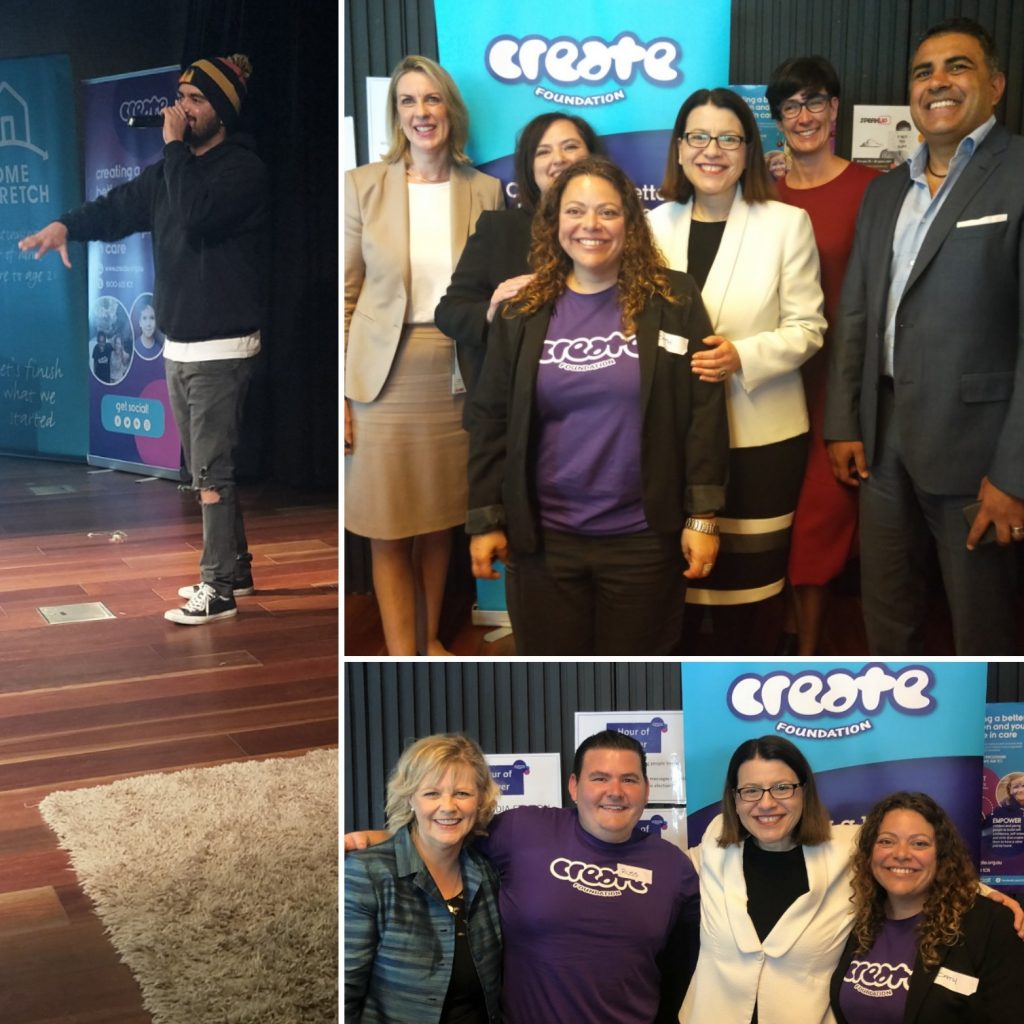 Thank you to the Honourable Jenny Mikakos, Georgie Crozier and Nina Springle for being a part of our panel, for taking the time to listen to the voices of our young people, and for your dedication to improving the out-of-home care system. Thank you those who spoke at our event, including the Principal Commissioner for Children and Young People, Liana Buchanan and Aboriginal Commissioner for Children and Young People, Justin Mohamed, Aunty Julianne Axford, and Deb Tsorbaris. Thank you to our incredible performer Philly from Bad Apples Music. Thank you to everybody who attended or followed the event on social media.

Finally, and most importantly, thank you to our brilliant, impassioned young people- Ash, Kim, Ella, Aaron, Victor, Rosie, Sammy, Cat, Jesse, Charlotte, Ayden, and those who couldn’t attend but allowed us to share their stories.

« Ask me why: Ash shares his insights about youth justice
Young people CREATE the momentum for change in 2018 »
MENU