Advocacy and Communications Officer Peter Melrose is visiting the UK and Ireland as part of CREATE’s overseas exchange program to visit different advocacy organisations similar to CREATE. Peter will be sharing findings from his journey via regular updates on CREATE’s blog.

Failte! That’s the Scots Gaelic word for welcome, and I’ve heard it heaps since arriving in Scotland to spend a week with Who Cares? Scotland. Since arriving in Glasgow (the second largest city in a Scotland), it’s been a non-stop ride of meeting people and learning about the care system here. Who Cares? Scotland is an organisation that is a lot like CREATE; it does loads of work in engaging young people in activities, it has a bunch of offices all over Scotland and it makes sure that the voices of children and young people in care are heard.

Like CREATE, Who Cares? Scotland provides advocacy for young people up to the age of 25 years with a care experience. That’s because in Scotland, and in the rest of the UK, young people are supported in care until they are aged 21, and they will be supported by government until they turn 26! Not only that, but they have ‘Corporate Parents’ – these are government services that behave kind of like a parent or carer by making sure that young people in care get all the services they need – health care, work opportunities, education etc… I even met a young person who did a day’s work experience as an air traffic controller thanks to the support of a Corporate Parent!!

While I was visiting I was lucky enough to watch Callum speak at Scottish Parliament.  Callum and Claudia McDonald, Director of Influencing at Who Cares? Scotland, addressed the Human Rights Committee on Equality for Young People.  Claudia spoke about equality for young people in care and Callum spoke about his care experience. Both Claudia and Callum also spoke about the stigma often faced by young people in care, an issue CREATE has raised in recent years through its Snap that Stigma campaign.  It was amazing to see a young person speak so confidently and hold the attention and focus of members of the committee, including Members of Scottish Parliament.

Peter and Callum inside Scottish Parliament

After this, we had a huge lunch together where I met representatives from the Who Cares? Scotland alumni. The Who Cares? Alumni is a group of people who are older than 26 years, but who are still engaged in working for better outcomes for young people in care. 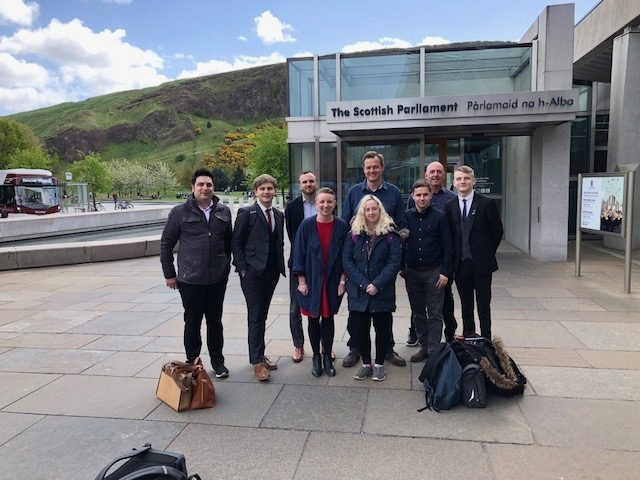 The Who Cares? Scotland team and Peter outside the Scottish Parliament

I also met and participated in a group called the Young Radicals. This group started when some young people wanted to do more than attend activities and wanted to really make some changes to the system. This group decides what they will make submissions on, what issues they want to see fixed and ways to make change happen. The Young Radicals are very strong advocates who have tough discussions and serious debates! 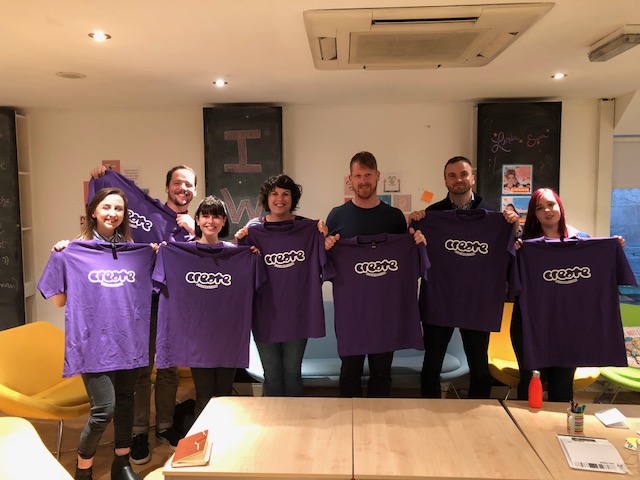 Some of the Young Radicals From Who Cares? Scotland with their new CREATE t shirts!

Right now I’m spending time in the far north of Scotland with the Who cares? team here. Next I’m off to Northern Ireland to meet VOYPIC.

It’s really awesome getting to meet so many young people and workers, all keen to share their experience and make things just that bit better for the next young person in care. There are a lot of exciting things I will be sharing with CREATE when I get back to Oz!