For CREATE’s 20th Birthday, we interviewed some CREATE legends – people who made important contributions that helped us become the organisation what we are today. 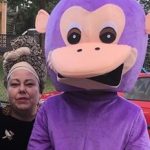 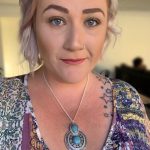 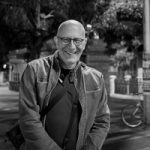 ON WHAT LED THEM TO CREATE

KC: My first connection with CREATE was as a young person on the Mission:BE program way back in (I think) 2001. It was marketed to me as an opportunity to build my confidence and create change within my life. It seemed like a great opportunity to meet other kids in a similar situation to me and gain some skills and confidence along the way.

Em: There is nothing more powerful than having children and young people with lived experience providing a voice and vehicle for change with and for their peers. I was in foster care as a teenager and my social worker offered me the opportunity to attend the first ever conference for young people in care in Australia. I said yes! It was a VERY long bus ride from Adelaide to Sydney…

I was inspired to stay involved because I had found my people. I loved the people I worked with and still do. I also felt part of the leadership team and that my contribution was valued and valuable. I stayed because we were doing amazing things. We would dream up ideas and make them happen! I loved that there were no rules. Young people have an uncanny ability to make dreams reality when even just one person believes in them.

Morri: CREATE’s genesis is the children’s right’s movement which coincided with International Year of the Child in 1979. Children in care were first able to have their voices heard through the Who Cares? project in the UK in the mid 1970s, an organisation which continues to this day. Inspired by the Who Cares? publications, the department of community services (where I worked) and the Association of Childrens Welfare Agencies (ACWA), sponsored three annual camps for 100 to 150 children and young people from out of home care in 1979, 1980 and 1981. Called Project Speakout, these gatherings gave children and young people in care the first opportunity to express a collective voice about their experiences, and to meet others in similar circumstances. They wrote newsletters, poetry, scripted and acted in a play which was performed more than a dozen times around the country (“Fosties Supermarket”). This activism was supported by a number of people ‘in the system’ including Sharyn Low, Maureen O’Brien, Denis Halliday but its success was its downfall, as foster carers and residential care providers across government and non-government agencies choked off the participation of children and young people in Speakout by 1985.

ACWA convened biannual conferences, and in the late 1980s invited Professor David Berridge (now at Bristol University) to consecutive conferences where he insisted that children and young people be active participants in the conference and to report back about their experiences in care. This rekindled the call for a voice for children in care.

The Minister for Community Services John Hannaford setup a committee to report on out of home care (‘the Usher Report”) which recommended in 1992 the establishment of the State Network of Young People in Care and it was funded soon after under the auspices of the ACWA, when it employed Andrew O’Brien, and worked with Leanne Clarkson and Sue Basser. The Association then went on to auspice the Australian Association of Young People in Care, which received funding from the Viertel Foundation, and led to the transition to CREATE under the leadership of Jan Owen.

I was privileged, through my work with the department and then the Association, to be involved with Speakout, SNYPIC, AAYPIC and CREATE from 1979.

ON THEIR ROLES AT CREATE

KC: After completing the Mission:BE program I lost contact with CREATE for a couple of years until I participated in the young consultants program in 2003. This is where my journey with CREATE became life changing. After completing the course I began doing consultations with child safety and other peak bodies which then became paid opportunities doing Child Safety Officer training. I also assisted with young consultant training, Mission:BE and other programs and events the QLD office was running.

In 2005 Child Safety offered CREATE an outsourced traineeship which, after an interview process, I managed to be selected for. I worked and studied through CREATE doing event management (co management of a Mission:BE project), Child Safety Officer training and sat on various policy committees with peak bodies.

Em: My CREATE journey began as a conference delegate and National Management Committee member. I was interviewed by young people in care and hired as the inaugural State Coordinator in South Australia and elected by peers as the second National Chair and Spokesperson. When our structure changed I became an Executive Director. I moved to Queensland and worked closely with the CEO and leadership team in the late 90s and stayed with the organisation until the position I held (Marketing & Comms) was made redundant in 2005. After redundancy I participated in a voluntary capacity for a couple of CREATE’s adventure-based youth leadership programs (mission:be.) – something I could never have done when I was employed by the organisation, and I am glad I did.

Two things stand out for me: 1) receiving peer nominated/voted awards for Vision (2003) and Participation (2004); and, 2) a very special thanks from a very special man (a member of the Stolen Generation) who told me that young Aboriginal and Torres Strait Islander women I worked with told him they felt completely respected and included by me – best feedback ever!

Morri: I was the Executive Director of the Association of Children’s Welfare Agencies (ACWA) which setup, auspiced and employed the staff of SNYPIC and AAYPIC, and was honoured to be a member of the first Board of CREATE, under the chair of John Cloney. I was also privileged to work with Jan Owen when she transitioned AAYPIC to CREATE.

ON CREATE’S IMPACT OVER THE 20 YEARS

KC: It’s become a force. It’s constantly working towards the goals set almost 20 years ago to create systemic change for kids in care and has kicked some MASSIVE goals in that time. To go from a meek, tiny organisation running from a home in Brisbane that struggled to even be noticed to a nation wide, multi-tiered organisation that people now almost answer to, is simply phenomenal.

Em: First and foremost, we built an organisation we were proud of, on a solid foundation of collective ownership. CREATE belonged to every single child and young person who ever was and ever would be ‘in care’ in Australia. This is magnificent and awesome.

There were so many highs because the ride was groundbreaking. We travelled the world sharing what we had learnt about youth led organisations and how others could work more respectfully with children and young people.

There were many firsts:

Most importantly, young people in care now have a seat at the table. They have a voice and a place. I want this to always be the case. Even better when seated at the head of the table.

More young people with ‘care’ experience should be employed by governments, service providers and CREATE to deliver training (communication, advocacy, facilitation, negotiation) to their peers and those working with and for them.

Morri: Enabling a voice for children and young people in care has been a fantastic achievement by CREATE, especially under the outstanding leadership of Jan, Rory and Jacqui. Most significantly was the pursuit of report cards on the education and health experiences of children in care (Michelle Townsend started this work in 2000); these audits provided a research based platform to launch strong advocacy for children and young people in care.

I believe it is now standard that CREATE is invited to the table to discuss out of home care, which is a tremendous achievement of astute leadership over the years. That it still exists despite the interests that could work against it, is testimony to the achievements of the children and young people who run it.

ON WHAT THEY’RE DOING NOW

KC: I left CREATE to pursue alternative youth work opportunities in a residential setting. I definitely stepped into that realm way too early and burnt out pretty quickly. I am currently a SAHM to 3 beautiful kids, planning our wedding for next year and generally loving life. CREATE certainly shaped the person I became and helped me overcome a lot of personal self doubt that I had.

Em: Mostly raising my children, studying, volunteering, part-time and casual employment and contracts in retail, welfare, law and justice. I was a founding Board member of the Pyjama Foundation (2004-2009) and served on the Forde Foundation Board of Advice (2001-2012), including as Deputy Chair (2008-2012).

In 2012 I was admitted as a solicitor to the legal profession in the Supreme Court of Queensland. I work for Women’s Legal Service Queensland, a specialist community legal centre that provides legal and social work help in the areas of family law, child support, child protection, domestic violence and some areas of sexual assault. This is highly rewarding work with a team of savvy feminists with big brains and beautiful hearts!

I also work with a brilliant little charity that works to protect children’s rights internationally. Forget Me Not currently has projects in Nepal, India and Uganda that focus on strengthening families so children are raised to be thriving, vibrant and connected to family, community and opportunity. We have recently shut down the second largest orphanage in Nepal, filled to the brim with over 300 children who, through intense family tracing, are being reunited with their families! It’s a joy to work alongside young Nepali’s with lived experience who are the trailblazers in this work.

For me it has always been important to do meaningful work, with people I love. What a treat to have that privilege and luxury throughout my working life!

“There are many great memories that I carry, but I would like to acknowledge the children and young people who participated in ‘the movement’ from its earliest days. The conditions that children and young people live in are, by their nature, hidden from those with oversight of ‘the system’. That they step up and talk about their experiences and demand change where it’s needed requires courage that is hard to imagine. Some found it too hard to live on through that experience. So I want to honour those who had the courage, against great odds, to speakout about what they expected of a happy and carefree childhood over the past 40 years.”