In 2012 the then Prime Minister Julia Gillard recommended a Royal Commission to investigate institutional responses to child sexual abuse. For five years the commissioners heard the testimony of over 8,000 survivors and individuals impacted by child sexual abuse within institutions, including out-of-home care. The Commission’s final report published last December includes 189 recommendations to ensure that never again will our children and young people be subject to immense harm, their voices silenced.

On Thursday the 22nd of October Prime Minister Scott Morrison delivered a National Apology to survivors and their families. The Apology is significant as it acknowledges the failures of the government and other community organisations to keep children and young people safe, and recognises both the suffering of survivors and their courage to tell their stories to ensure it doesn’t happen to the next generation.

CREATE Young Consultant Chris has provided a reflection on the apology:

The Prime Ministers’ apology to victims and survivors of institutional child sexual abuse I feel has been long overdue. As a survivor of child abuse that occurred before and during my foster care placements, my purpose is to help protect all children and young people from what I had been through and providing them support, hope and a vision for their future. 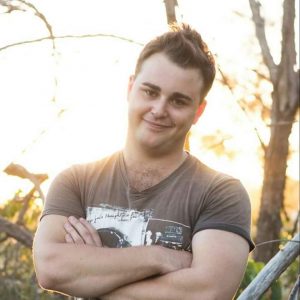 An apology is not enough though. There needs to be a strong commitment to implement the recommendations of the Royal Commission. The Prime Minister stated in his apology that “The Australian Government has not rejected a single recommendation of the Royal Commission,” and the government continues to implement the National Redress Scheme. However, there needs to be a cultural shift in how we respond to children and young people who speak up about abuse in out-of-home care, and the need for organisations with responsibility for caring for young people to adopt appropriate prevention strategies.

The ongoing monitoring of placements is vital to ensure that all children and young people are not remaining at risk of abuse and neglect. Supporting the needs of victims and survivors of sexual abuse is a crucial step in practice, and one that I feel may have started too late in our country.

Additionally, ensuring young people have access to support post 18 years is argued by Chris as vital to ensuring the ongoing safety and well-being of young people with a care experience.

Approval for all children and young people in out-of-home care to receive support from the department until 21 will give these children and young people three more years to build their parameters of independent living skills as well as accessing pivotal supports; validating that their case workers and the department are dedicated to ensuring they never ever have to be a victim, ever again.

CREATE would like to thank our Young Consultant Chris for sharing his thoughts on the National Apology to Survivors and Victims of Institutional Child Sexual Abuse.