Who am I? Isaiah Dawe from ID Know Yourself speaks with CREATE

“That’s the biggest thing I think, in NAIDOC. With everything that’s going on how do we get the other 97 percent of our population that are Non-Indigenous people, to walk alongside of us, and advocate and stand with us?” 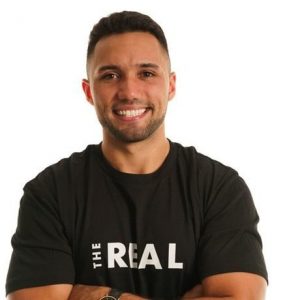 Recently one of our Young Consultants Leanne sat down with Isaiah Dawe, CEO and Founder of ID Know Yourself. This organization was created to support young Aboriginal people with experience in out-of-home care in reconnecting with their culture and supporting their growth outside of care.

The interview was incredibly in-depth and insightful and shone a light on a number of issues faced by children and young people in the care sector, including the challenging journey of identity and cultural connection experienced by many First Nations young people with a care experience.

Grounded in his own lived experience of the system, Isaiah highlights that more needs to be done for those Aboriginal and Torres Strait Islander children who have been removed from their birth parents around reconnecting them back to their roots and their culture if they so choose, especially those not living with Indigenous carers.

ID Know Yourself is doing great work in this space – thank you to Isaiah for sitting down with us and thanks to Leanne for asking such great questions!

Having spent 18 years of his life in OOHC, Isaiah Dawe has faced many challenges. He was separated from his siblings, shuffled from house to house, and then, at 17, was forced to leave his foster home and start and couch surfing – an experience he soon learned was not uncommon amongst kids in care.

“No one was gonna come and help me, you know. I knew that it was on myself that I had to get myself through the system.”

“I told carers. I told caseworkers and other people about my experiences in care. My bad experiences. But no one ever helped me,” he said. “I believe everything happens for a reason. And going through all the things I went through, after I left care I met some other young people who were Aboriginal and also in out-of-home care. I heard their stories and they were quite similar to mine. And I was thinking, hang on – where’s these kids’ support? I didn’t know of many other kids in care when I was in care. And when I got out, I realized that there’s thousands of kids in care who desperately need support.”

“I wanted to use my negative experiences for a positive one and make a positive impact in the communities. I wanted them to see that change that they needed to see in their lives. And so I had the idea around three years ago, and I come up with a name: ‘I.D. Know Yourself’.”

“I.D. represents identity, but it’s also the initials of my name Isaiah Dawe. Know Yourself means know what you’re capable of.”

Isaiah speaks with conviction about the things he’s been through in the care system, but his passion is truly evident when speaking about Aboriginal Identity and connecting Aboriginal kids in care back to their culture.

“We need to desperately be in this together and we need to start truth telling,” he says. “That’s the biggest thing, I think, in NAIDOC. With everything that’s going on, how do we get the other 97 percent of our population that are non-indigenous people, to walk alongside of us, and advocate and stand with us?”

Systemic racism and generational disadvantage aren’t terms that many non-indigenous people are forced to come to terms with. But Isaiah discusses this generational pattern of removal and says it’s an unfortunate part of Aboriginal history – and a part that needs to change.

When asked about what needed to change in the care system, Isaiah had three very clear points of action for reform:

“Governments say they support kids until they’re 25. But, you know, being in care and I know many other kids that we work with in care, it’s not the case. That kid just feels lonely after being the entire time in care. So where’re the kid left? Left homeless. Left unsupported. They still have their traumas and the negative things that go on in life so that they aren’t fully empowered.”

Isaiah also thinks that workers need better training, and a more intense screening system for carers – and unannounced visits from the department to ensure children’s safety. “You know, at the end of the day, those kids are the clients, not the carer. They need to have their voice heard when there’s concerns, and it should not be said that they are untruthful, not said that they are disobedient, that they’re horrible kids. That’s not the case. And that’s the narrative that the system plays all the time. It’s about taking our kids seriously and putting their voice at the forefront and their safety at the forefront.”

Isaiah offers the following advice to young Aboriginal people who are thinking about reconnecting with their culture.

“I never knew [who my mob were] when I was a kid, and it took a whole lot of courage to find that out. Why? Because I had to connect with my family. And I was told horrible things about my family, but I realised when I connected with them, it was all untrue.”

“When I was a kid, I was told you’re going to end up like your parents, a nobody, and thrown in jail. And that was the case for my parents. They’d done some stuff, had their own experiences. But most of my other family were community people. They wanted to support our Aboriginal community and support our mob. Although I was told different from my caseworkers to my carers, and I only had to find out myself when all my family connected through Facebook. They reached out to me and introduced themselves, with massive long paragraphs, and I gave them the chance. I was brainwashed to think that they didn’t love me, that it was their fault for the things I was going through in care.”

“No one’s family’s perfect. Whether you are Aboriginal, your Non-Indigenous, no one’s family is perfect. Everyone’s got their own difficulties going on in their life. But you know what? Don’t be scared. Reach out to your family and give them their chance. You have a choice to have people in your life – and just because they are family doesn’t mean you have to have them in your life. There’s some family members that I don’t connect with because I see no value in it, you know? They’re on their own journey. They’re going to learn things. But reach out, take the chance.”

“Because I tell you, once you connect with the Aboriginal culture in your family, you truly feel that void that you have in your heart will be filled up with love and respect… You’ll be able to start the healing journey”.

Isaiah is a firm believer that actions speak louder than words and that with the right actions you can achieve anything. “It’s not what you know, it’s what you do. The people who said “you can’t” and “you won’t” and “you’ll never”, they’re the ones who can’t see it for themselves.”

“So whatever you are hungry for, whatever you’re passionate about, do it because you choose your story. No one else.”